Anzac day is a hugely important holiday in Australia. In many ways, it has become the de facto national day. Unlike Australia day, which is somewhat arbitrary and often divisive, Anzac day has a much deeper sense of purpose to it. Today, of course, marks its centennial anniversary.

Every Australian kid has the ANZAC story firmly imprinted on their minds. A story which is then reinforced every year: the soldiers of the Australian and New Zealand Army Corps setting out to capture the Gallipoli peninsular; the landing on the wrong beach; fierce Turkish resistance; a stalemated campaign dragging on for eight months; horrifying casualty rates and extreme hardship on both sides; and finally, a perfect evacuation. 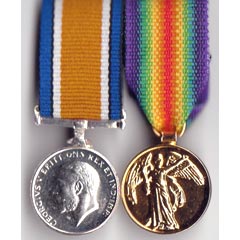 A military defeat, it turned into a social victory for Australia, becoming a focal point for many national ideals. Mateship, sacrifice and pride are key elements to the day. Like many public holidays, Anzac day fills me with uncertainty.

At its most basic level, it is a day of remembrance for the sacrifices made by the countries service men and women during military operations. Their individual reasons for giving everything they had are infinitely varied. As a clear beneficiary of their struggles through no effort of my own, I certainly have no wish to demean their memory.

Over the course of my life, I have watched the original World War 1 diggers dwindle and die off. As this happened, the Anzac story has changed from living memory to historical mythology. In many ways, the meaning of the day has drifted, I think, to represent the ideals of what it is to ‘be Australian.’

Mateship and struggling together against the odds, self sacrifice for the greater good, and national pride are all ideas which can be so easily subverted. They are such small steps from nepotism, mob mentality, nationalistic jingoism and racial hatred.

Australians everywhere today will be sincerely saying ‘Lest We Forget.’ Recent times have seen the nation cut the welfare payment for orphans of soldiers killed in service, abolish the Vietnam Veterans Education Centre Advisory Panel, subject incapacitated veterans to yearly disability reviews, defeat an attempt at the UN to highlight the humanitarian consequences of nuclear war, cut the wages of Australian troops deployed overseas, condone torture by foreign governments, and so much more. There is currently a strong push to sign trade deals which would give away many of the rights that our people have died trying to protect. Also, cashing in the branding of Anzac day, we have also been assured that we can honour those sacrifices by buying things such as fresh groceries and cold beers.

I cannot help but feel that Australia as a political unit has forgotten, and what we are left with is so much lip service. Such conflicting views leave me feeling very nervous about Anzac day. I just don’t know what to make of it anymore.

Working as a nurse, I get to talk to huge numbers of people I would otherwise barely glance at. The demographics of age and health means that I have met a lot of veterans over the years. They have no real commonality except a clear demarcation in their life of before and after service. I have heard many stories from them. These stories can be funny, poignant, technical, and traumatising. I leave the final story to my granddad.

As a young man, he found himself quite out of his depth as a field engineer on the battlefields of France and Belgium at the tail end of World War 1. Details of what he did and why are very sketchy. I suspect he enlisted due to social pressure at home rather than any real desire to go.

When I was boy, he lived in a small unit at the back of our house. I knew him as an kindly old man who pottered around with a walking stick, chain smoking cigarettes and quietly sluicing his way through crates of whiskey.

Shortly before he died, I was playing over at his place one day when I stumbled on a small box of wartime memorabilia. There was not much – a pair of shoulder titles, a portrait, and a couple of service medals.

I was absolutely dumbfounded. I had always known he was a veteran, but I couldn’t take in what I was seeing. I was simply unable to correlate the quiet old man I knew to the powerful young soldier in the photograph. That he had medals as well made the whole situation just inconceivable to me.

With all the enthusiasm that a death mad ten year old boy can muster, I nearly shouted at him, ‘What did you do to get those, granddad?’

What I wanted to hear was a boys own adventure story of how he took out a German machine gun nest using nothing but an entrenching tool, or some such thing like that. His real answer, of course, was very different.

I was very disappointed by what he said at the time. I have never forgotten it, though, and in later years, have had a few black humoured laughs at what he meant by it. It was the kind of story which says a lot through omission.

In his typically succinct and understated style, he used a single sentence to tell me all the war stories I ever heard him speak.

‘They gave me those for not getting shot.’

I am a homeschooling dad with a wife and two boys. I'm not quite sure what I'm doing, so I feel compelled to write it all down. In my spare time, I work as a manager for the local health district, drink too much coffee, and am an overenthusiastic martial artist.
View all posts by Blokeschool →
This entry was posted in History, Life experiences and tagged ANZAC, bloke, history, homeschool, life experience, reflection, world war 1. Bookmark the permalink.