In purely practical terms, I have never actually had to know the adjusted speed of a 40 tonne submarine previously travelling at 50 km/hr through a friction-less ocean, having just discharged a 100 kg torpedo with a velocity of 80 m/sec. I think I am in the majority with this one. Still, I did spend a lot of time working out the answers to questions like this when I was in high school. Perhaps unlike the majority, I always enjoyed it, and felt it has provided me with a skill which has been extremely useful in a very wide set of circumstances.

I often hear comments, either online or in person, where people bemoan their lack of submarining experience, and use this to conclude that learning algebra was a total waste of time. In doing so, I think they completely miss the point, and indirectly demonstrate being on the receiving end of some unimaginative maths teaching.

Of course, people use algebra every day, mostly without noticing. At a very simple level, if you go grocery shopping, and want to know the most price efficient amount of something to buy, then you use algebra to work it out. If you tip someone based on a percentage, you have just used algebra. The examples are endless. At the other end of the scale, I have even occasionally tried to quantify circumstances, and then algebraically work out my best options. This is for emotionally charged situations where I am not able to trust my decisions to be objective. Actually, it can work reasonably successfully. 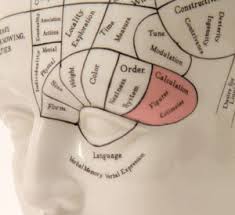 For all that, most people agree that five is too young to be all that fussed about learning algebra. I am happy to run with them on that one. It’s a big undertaking for him to count to 100, and he can’t really add up numbers that go much past 10. Still, he can work out that when 2/x + d/e = b/x, then x = (b.e)/d+(-2.e)/d. We arrived at this point kind of by accident.

It all started off by watching the boys playing games on the iPod. There is a spare one in the house, which they pretty much do whatever they want with. They could so easily become lost in a hypnotic trance where they were unable to even acknowledge a world outside the screen. It frustrated them as the games became harder. It frustrated me having to deal with the tantrums from either playing too much, or not being allowed to play anymore. I put on a few apps like bird calls, chess, knot tying and origami, but honestly, what can compete with running down a path collecting virtual coins?

Eventually, I stumbled onto a game called Dragon Box. Apart from using the hypnotic gaze of a screen to my advantage, I like it because it appeals to my sense of easy complexity.

The game starts off using very simple equations, except instead of balancing either side of an equals sign, the idea is to balance both halves of the screen. Also instead of using traditional variables, they start off using pictures instead. Why not? It’s just a representation of an unknown amount. Blue slugs and pink lizards make as much sense in that context as x, y, and z. They just look better.

Like all these games, things get harder the more you play. Along the way, you also get to grow little monsters as you move up levels. This is something of a highlight.

My input into this game has been absolutely minimal. I just let them play with it and work it out for themselves. The idea of algebra is so far down the curriculum line, that I was not expecting to deal with it for years. I only wanted them to get something genuinely educational out of looking at a screen.

Like most ideas where I let them run with it, I was surprised at how quickly and easily they were able to pick up on what is so often a major struggle for people. It is strange, because I don’t think he understands it as even being maths necessarily. He is simply manipulating pieces in a puzzle.

At the end of the day, though, that is all that algebra is.

I am a homeschooling dad with a wife and two boys. I'm not quite sure what I'm doing, so I feel compelled to write it all down. In my spare time, I work as a manager for the local health district, drink too much coffee, and am an overenthusiastic martial artist.
View all posts by Blokeschool →
This entry was posted in Math, Teaching and learning and tagged algebra, bloke, dragon box, easy complexity, flexibility, homeschool, math, play. Bookmark the permalink.

7 Responses to Teaching themselves algebra